Skogsrunda = Swedish for a jogging round in the woods.

And when I say woods, I mean woods. Because I am in Sweden, on the country side, in Grythyttan. We are surrounded by woods.

Since I enjoy this week the incredible luxury to work from home or better saying the summer house, I decided to start the week with a nice discovery jogging round. Especially since for once there was no damp, hot summer air already at 7am, but some nice, almost chilly weather outside.

I decided to find that way that we once walked with a relative and her dog. Eventually I did, after having been down to the lake first, enjoying the view. Calmness all around. And again, I mean really calm. Super unusual for any city kid. Trains, cars, motorcycles and even other human beings – you hear them all from way in advance, long before you even get a glimpse on any of them.

After running a while I stopped, listened, looked around, hearing nothing but my own breathing, a few birds and very far away the main road. Great actually that one can find ones way just by listening to the different sounds.

I met only 2 people, both out and about with their dogs. And both willing to help with advice on in which direction I should continue. There were a few possibilities to choose from, but having no idea how long the whole round actually might take me, it was good to get some extra information. It was a proper round I found out that way. No risk of ending up somewhere at the other end of the lake at least.

That is another thing. When jogging on a road or similar, I somehow have a feeling for time and distance. Today, though, all that was not there. I left with house key only this time. No watch, no mobile phone. Quite liberating actually, and especially when trying to figure out ones way through new terrain.

The result was that I came back refreshed (in fact I am still much awake now after a good full first day of office work, quite unusual after holidays for me), somewhat inspired and in an incredibly good mood.

Almost 5 kilometres I covered this morning, and since it involved some cross running and walking in the very uneven places, it took me an hour.

I posted my new round on Runalong.se, in case you are interested. 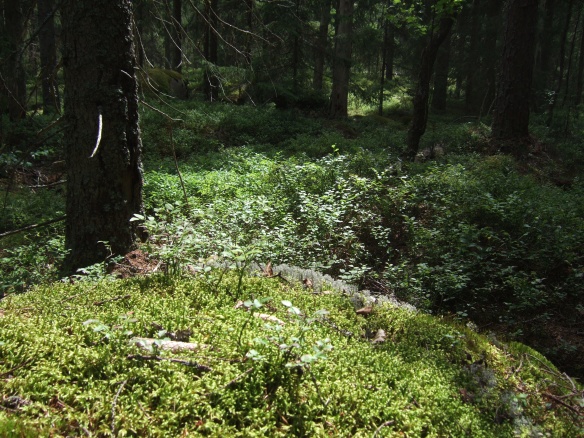 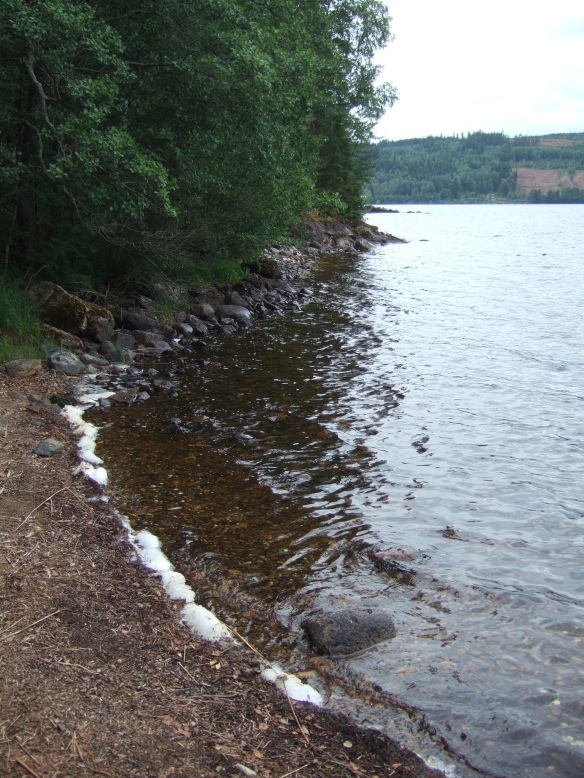