This year started off like the old one finished. Fast. And furious one is almost tempted to add.

Hence why I do not hesitate to already share the news with you that I will be visiting the two main conferences of this years Berlin Web Week – re:publica and NEXT. Less than 90 days till then it is, so the countdown is on!

For the first time, both events will happen within one week – a lot of inspiration to take in during such a short time. Thrilling! Mark the date from the 2nd to the 9th of May if you haven’t done so already.

Especially when it is already clear that at least three inspiring speakers from totally different corners of the web world already said “yes” to re:publica. This will add a lot more international flavour to the biggest German digital conference which started off six years ago as a re:union event mainly for German bloggers. What an achievement!

The call for papers closed this week, and I look forward to what the organisers will choose as part of their program and share with us during the next few weeks. 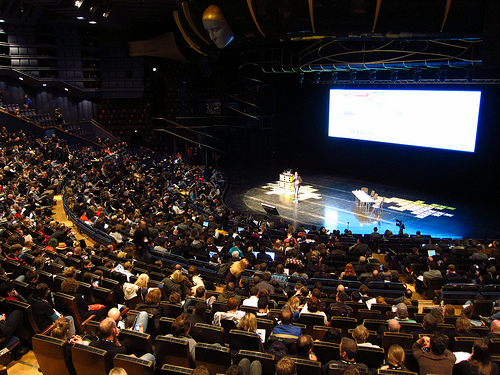 re:publica will be followed by NEXT – another digital conference not to miss!

Whilst re:publica started off as a blogger-meetup, NEXT was founded from a pure business perspective by Sinner Schrader, one of Germany’s biggest digital agencies, or even agency group, since they cover quite some different business areas.. Read more about their history here.

Although founded from different backgrounds and having a different focus, both conferences have a few things in common. They both came to life in 2006 and both discuss the developments, changes and opportunities the fast moving digital world has to offer. Both conferences give new impulses to their visitors,they get them thinking, be it from a creative, cultural or a business  perspective.

Being part of the social web and digital business world myself, for me both conferences complement each other in a perfect way, and I love the fact that I will be able to visit both of them – again!

For me it’s therefore not so much a question of the one vs the other – I want both! 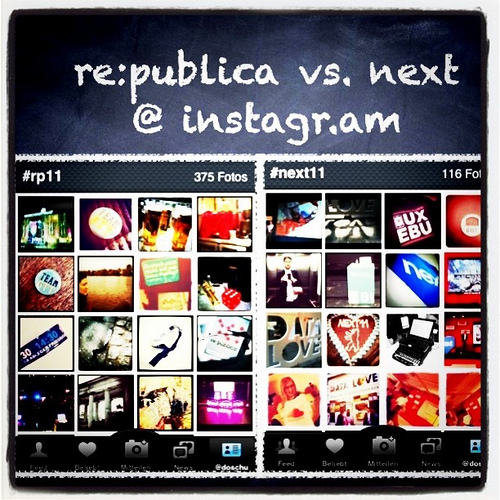 Like re:publica, the NEXT-preparations are in progress at the full! The call for sessions is over since quite some time, the results can be seen here, the program yet has to be put together. I hope that Elísabeth Grétarsdóttir from EVE Online will be part of it. I loved her part at SIME in Stockholm last November and since Gamification is one of the trends in Marketing her experience would inspire a lot of people at NEXT.

NEXT also looks for the top 100 people who will influence the digital world during the next 12 months. I suggested Henriette Weber since she is one of the people I know who really make a difference in what they do. Henriette will be part of the team of official bloggers at NEXT, just like she was last year, and also like she is on a regular basis at LeWeb. Get to know her and don’t forget to vote for her! Not being a feminist really I do think, though, that the web world needs a few more prominent female voices that actually make a difference.  Or proper social web rock’n roll chicks, as Henriette would put it.

You can watch last year’s sessions at NEXT here – my personal hope is that they get a great host like Pep Rosenfeld for the international track again. Either last year’s host Pep or Ola Ahlvarsson would be my favourites!